As the year comes to an end I want to put a few lines down to act as a Newsletter and on behalf of the Legat Foundation to wish you all a wonderful New Year 2020.

We are starting it off with a bang because on Sunday, January 5th, , 2020, at midday, we will have our AGM at the legendary Colet House in London.
Address: Colet House, 151, Talgarth Road, Hammersmith, London W14 9DA.
It is where Nicholas Legat taught and ended his days. We hope that any member who can make it will come 12-4pm.

Other news
Over the year, exams were organised on behalf of the Legat Foundation as usual.
A few other items to record here: Patricia Deane-Grey left our Board after years of generous support and effort and we thank her for all she did, especially in the early years. We also welcomed Jill Stock Fry to the Board as one of the youngest pupils who had been at the Legat School in Kent and with whom I hope to record some of the children’s dance repertoire taught by Madame Nikolaeva.
Sadly, we must report the death of Eunice Gibson who had contributed to keeping the memory of Nikolai Legat alive. We all work together now so that his name and work will never be forgotten.
I make a plea, however, that over the next year, you who read this will report your Legat ballet activities so I can make a more fulsome newsletter with them.

First Russian Ballet School Competition
However, the most important achievement for the whole ballet world really is that for the first time this year, in 2019, the inaugural Russian Ballet Competition was held in London.
The participants were from the following schools:
Moya Vahey school Wales, Ella Morgan school, Wales, Cheryl Corrigan School Ireland, Stevens School, Slavina,12 pupils were in the final representing The Legat Foundation
Many schools from the Russian Ballet Society & Association of Russian Ballet & Theatre Arts  [ARBTA] danced in the finals.

The age range and level were also very impressive, from the ages of 8 to 16 and over.
The organisation itself was quite amazing and we must all be grateful for the tireless work involved. An important factor in the success of the event was the venue they found and how it was put to excellent use. The Greenwood Theatre is a few minutes from London Bridge Tube Station and has an impressive stage and a good few dressing rooms. It must have given some of the children their first taste of what it is like to be on stage. The program was beautifully printed and very clear to follow. And, of course, the piano accompanist was literally perfect!
We in the audience needed stamina to watch through the exams that were held in all fairness---the younger ones in small groups doing their steps to the right and then to the left. And the older soloists—was it twenty times that some of them chose the Paquita variation?—also needed full attention. But the beauty of the Russian Ballet method is that it allows individual dancers to retain their own character even while in training so our minds were fully occupied.
The Jury was composed of-
Paul Lewis,Trained at the Legat School, now a  Royal Ballet School Teacher,
Louise Bennett Trained at The Royal Ballet School, now a teacher.
Jocelyn Alzart, Trained at the Legat School, now a teacher.
Maina Guilgud Dancer & teacher.

The prizes went to all the Societies teaching Russian Ballet, the Legat Foundation, The Russian Ballet Society & Association of Russian Ballet & Theatre Arts [ARBTA]
I believe the next occasion will be in two years time. There have been such gatherings of the Cecchetti School, for example, but never one of the many Russian Ballet schools who take on the task of teaching children who are full time ordinary school pupils. Some have gone on to enter professional ballet schools and others have learned to enjoy some skill and interest in dance that neither the years or their adult occupations can ever dull. But it is the style and content of Russian ballet that is unique and has never been acknowledged as such through a gathering like this.
The competition was a momentous occasion that 2019 will be remembered for. And it is good to know that Russian ballet for which Nicholas Legat was the key in this country can live on in future generations here.
Grateful thanks must go to Fiona Dear & Tamara Moubayed for organising the event.
From all the Trustees of the Legat Foundation 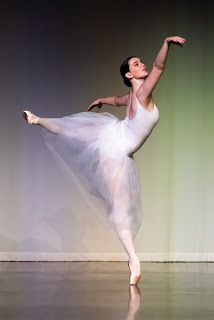